The Next Big Thing?

Prior to the existence of this website, Tom Hoyle wrote an article on the big four projects up at Flock Hill (Climber 64, Winter 2008). This article spurred furious action/attempts/discussion amongst "The Top Guys", and it took until 2018 for the last one to be climbed.

In the hunt for new projects the local crew in the mid 2000's adopted a 'clean the biggest raddest lines' attitude, the ones that you look at and think just maybe one person in the world could send it. We rapped, washed, photographed and attempted as many of the 'King Lines' we could, every now and then discovering some were within our grasp but mostly they remained in our dreams and are left for future climbers to attempt.

Now, finding the raddest project is as simple as visiting the the Projects page and sorting by quality. But this only tells part of the story. If you are a wannabe crusher, which project should you send to have all the sponsors knocking on your door?

Now of course this website is not extensive by any means - there are hundreds of hard projects that are either undiscovered or just dreamt about. Hopefully the new generation of pebblewrestlers will add them to this site as climbed boulders or projects for future generations.

On big boulder near the Ancient Arts cluster. Start high on edge and perform a few hard spanned moves to a easy top out 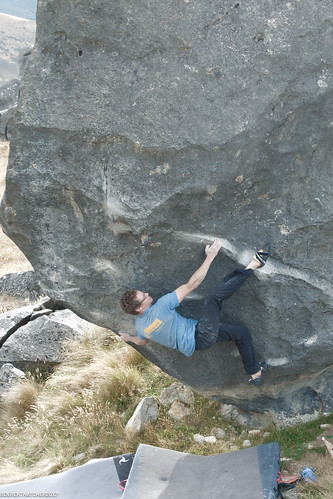 THE SECRET SOCIETY OF VILLAINS

Face with a few micro crimps. Obvious boulder with cool little edges that us kiwis are too weak to hold and people on trips don't want to waste skin on. Wiz, Wiz why have you not done it? Has a great sit start also that adds a V8 ish start to the problem and should probably be the normal start. 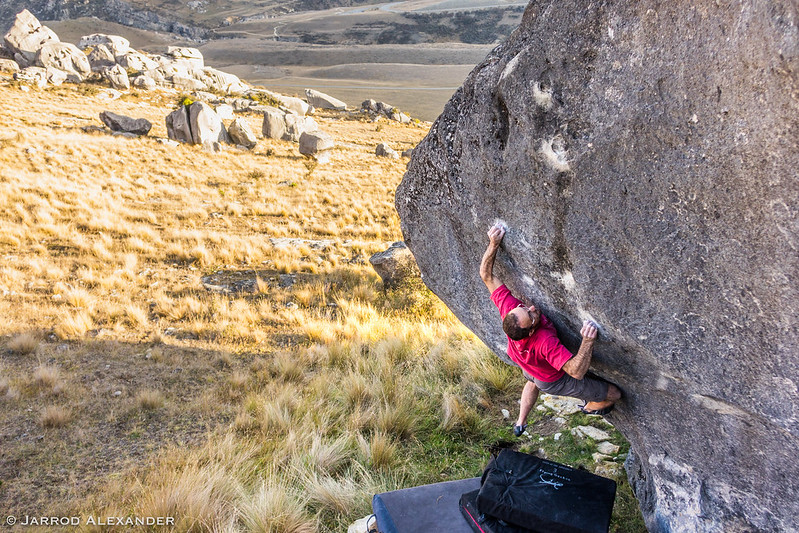 Badass spanny compression on small holds up the arete. Long reach to bad edge then jump up and right to a jug. Re-cleaned recently by NZ's strongest finger wrestling duo. Can anybody beat them to it? 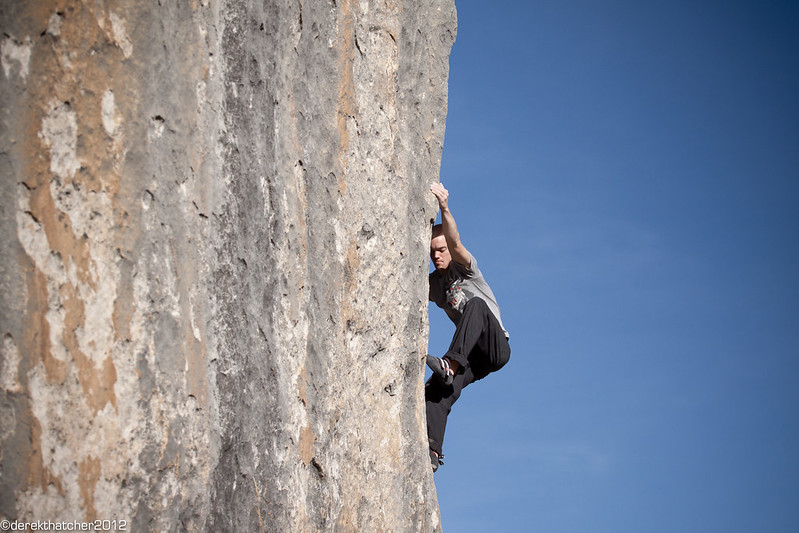 High compression arête that has occupied James and Zac's dreams for many years. Is probably the best hard project in the whole basin, that we know about. 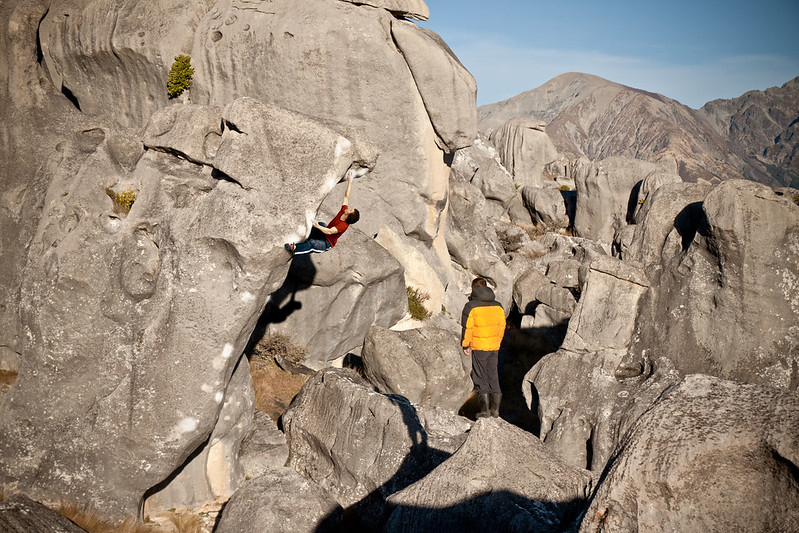 All moves have been done. Climb crux moves on Psychosis (easy...) then from knee scum on left arête match some holds and make your way rightwards via progressively bigger moves. Has the most glorious jug at the top of any climb ever. 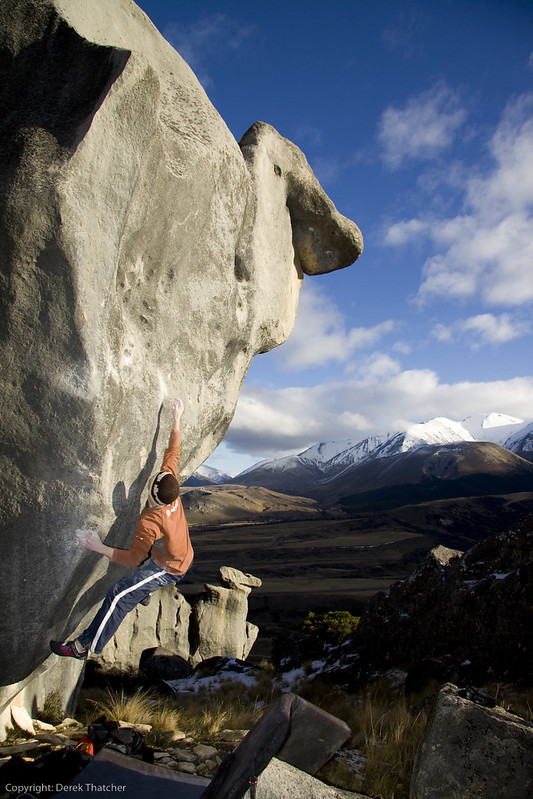 So who will be the Next Big Thing?